I grew up in an Oklahoma town that was small, but friendly, and so tragically white that I believed all Black folks knew each other and that all musicians were nice. I discovered the truth in my mid-teens and the disillusionment that followed led me to the Blues and grass, then Bluegrass, and I never looked back...


My Dad grew up in the Appalachian Mountains where Virginia, West Virginia and Kentucky all came together. My mother grew up in Oklahoma. Dad joined the Army during the Korean war. He refused to call it a conflict. He met my Mom while he was stationed in Ft. Smith, AR. After the Korean War, Dad had the choice of returning to the mountains and continuing the coal mining family tradition, or taking a veteran preferred job with Boeing Aircraft in Wichita, KS, where I was born. I like to think that my creative mind developed from two attributes, perspective and curiosity. I like to think that I learned perspective as a child, living in a wheat field in rural Sedgewick Co. Kansas, where you could see forever. I have vivid memories of standing on the storm cellar with Dad, watching the blackish, blueish, greenish squall lines, wall clouds, approach. Sometimes it seemed like the whole day would pass before we could feel the wind from the front. Usually, we waited until the lightening was all around us and the wind driven rain pelted us. Dad liked to watch the clouds swirls and mill around. When the thunder would shake the ground and travel from our feet to the top of our heads, and Mom's voice competed with the rumbling, yelling for us to get in the cellar, we'd retreat. To this day, I love to be in the middle of a storm. I love to watch the lightening. I love a big sky and wide open fields. 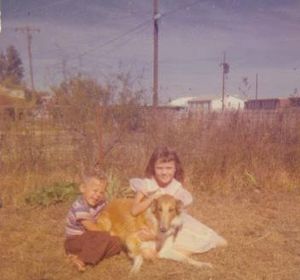 But I love spending equal time in the hills and mountains. I love a mix of the two which is why the southern Kansas flint hills make for a good drive. At times, you can see forever...perspective. Then you find yourself rolling along in these dips, and hills, some grassy, some covered with cedars. There's where my curiosity gets the best of me. I have to create what lies beyond the hills, what's on the other side of the mountains, what lies beyond the visible heavens. Curiosity. The sky is a perfect place to feed my mind with perspective and curiosity. Just lay back and watch the clouds move, shape and change, just like life. Witness the expanse of the visible universe. Take out my handy Sky Map phone app and identify the stars and planets that I see, or not. Imagination, creativity in that area. It's a mystery and a gift to me.
more to come....

The following song was written after I gave a ride to a transient worker, a hobo, named Crazy Richard. I took him from a liquor store to the local Rescue Mission. I ran into him again about a month later, at the same mission. He told me a little about himself. He told me he was a Viet Nam era combat veteran and chose to travel and work. "I ain't no bum." He told me about using railroad signal flares and buckets to make trip-wire alarms to alert him while he slept.
Working homeless. I embellished his story and wrote it pretty quickly. The melody, after listening, is folk processed generic blues after the "Deep Ellum" style, typical, not intentionally copied. Later, I delivered $800,000 worth of rubber brick to a man's horse barn so his horses could walk on the same surface as the horses at Belmont. While I was backing up my rig, a program on NPR stated the number of working homeless at that time....800,000. Such is. Please enjoy "Crazy Richard", recorded at home, along time ago.

Tips Support What I Do For You and Me. Thanks!